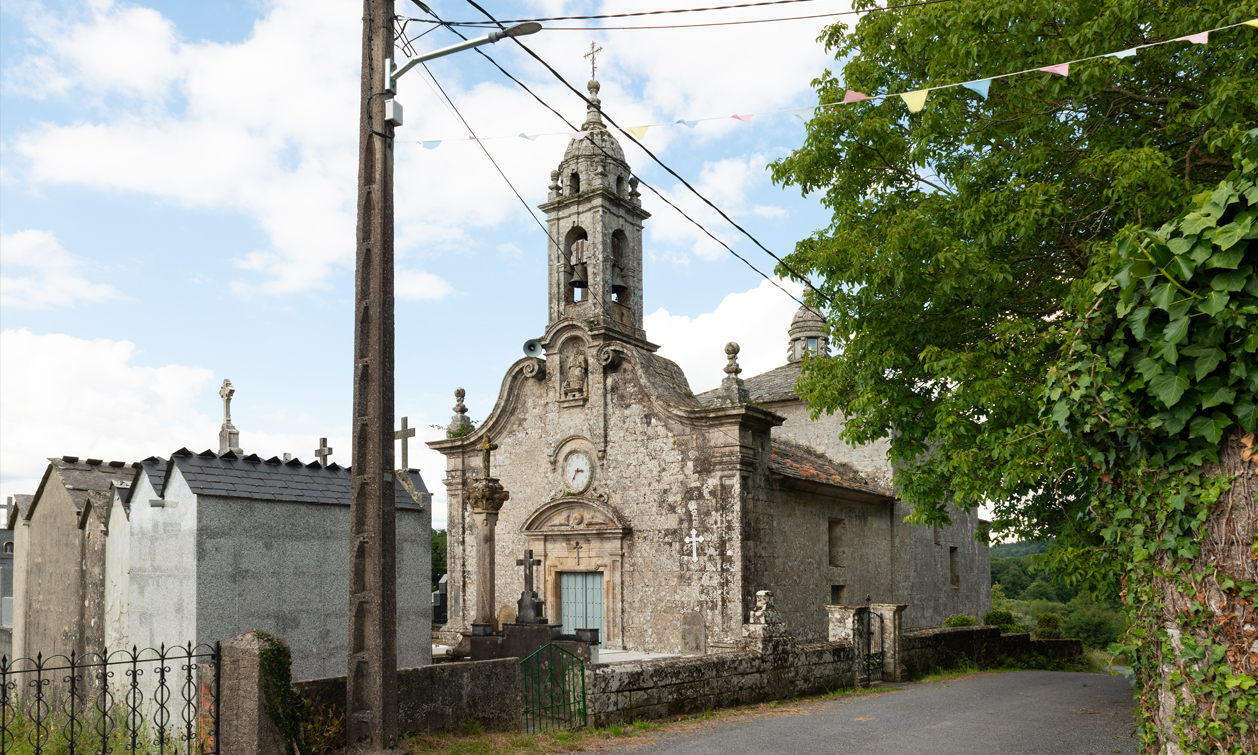 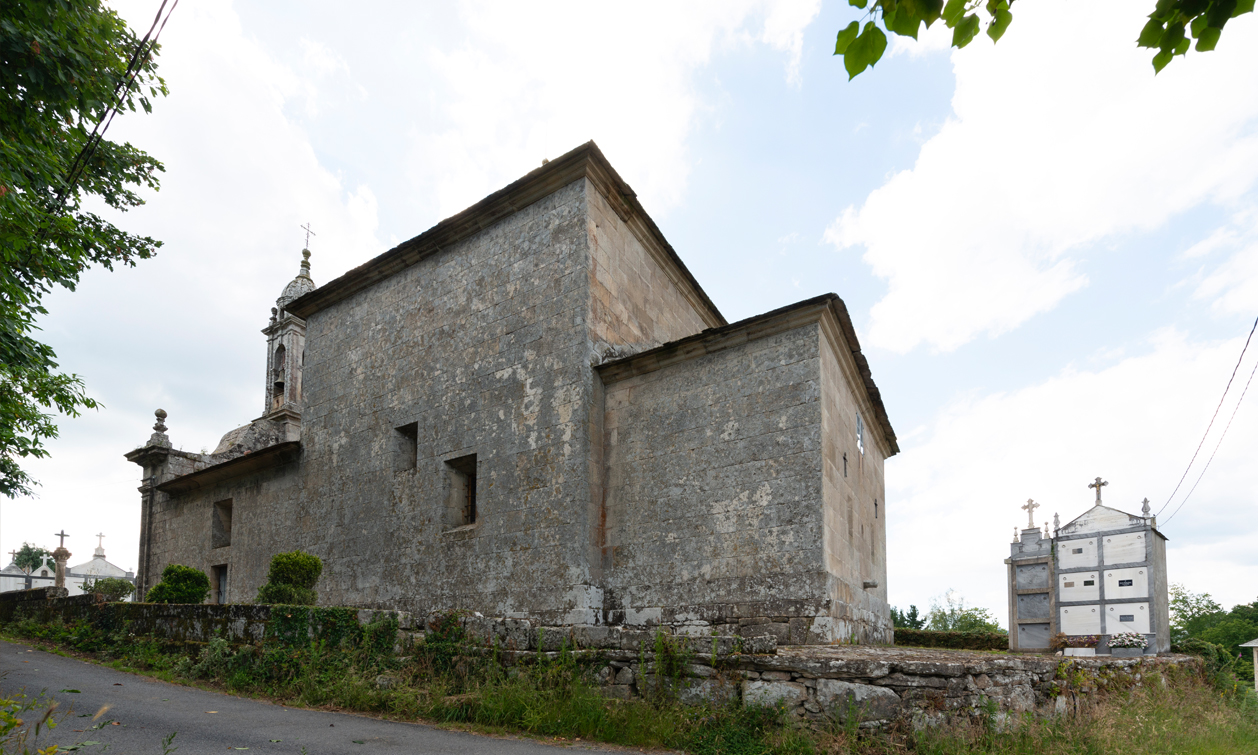 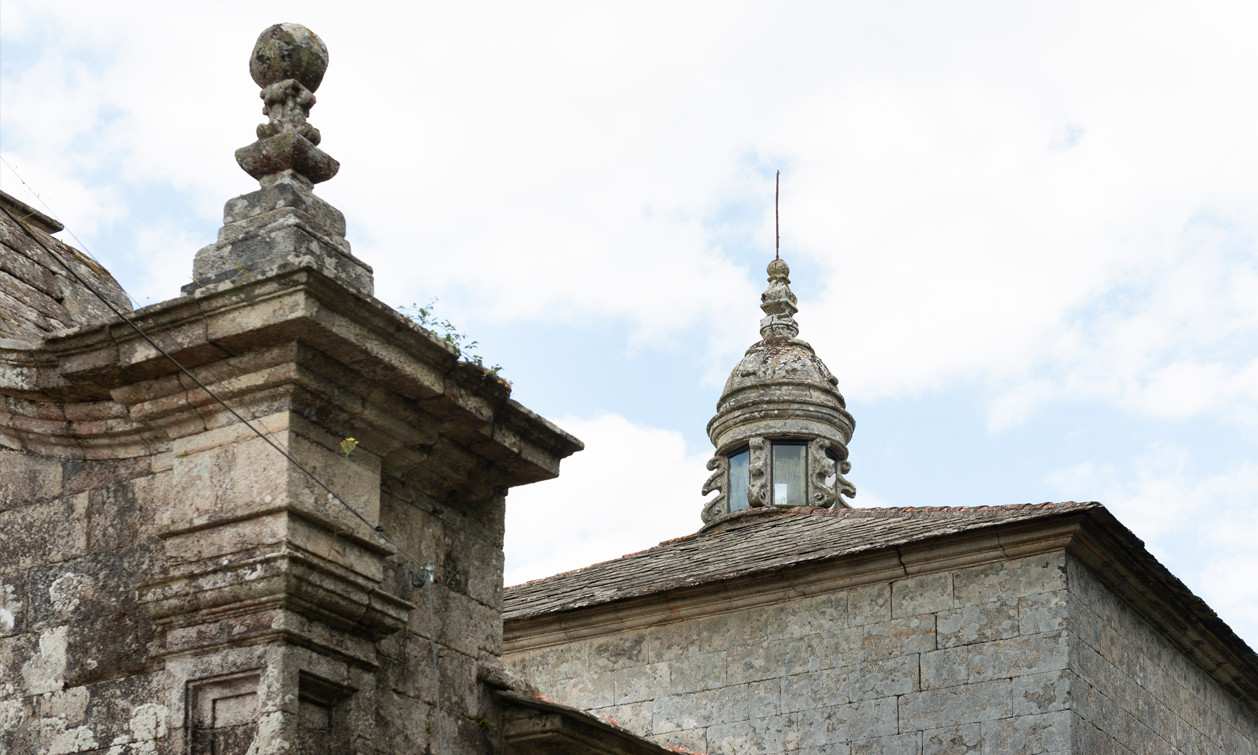 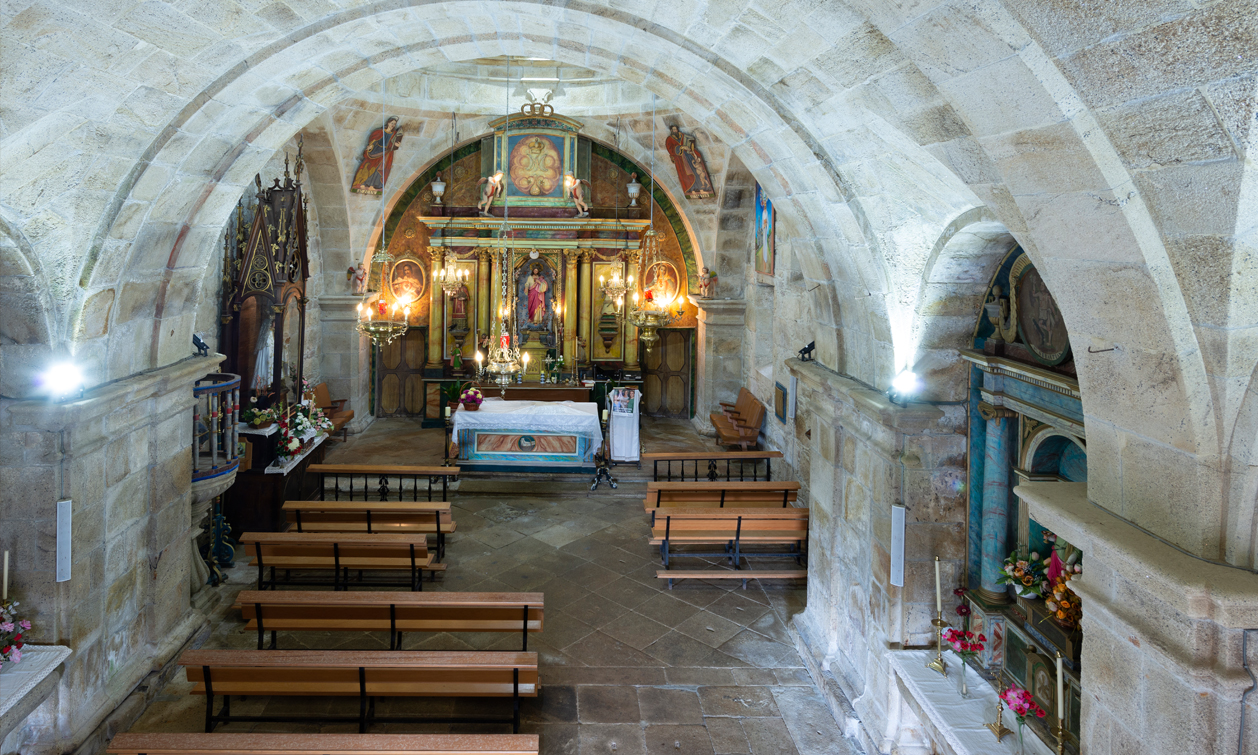 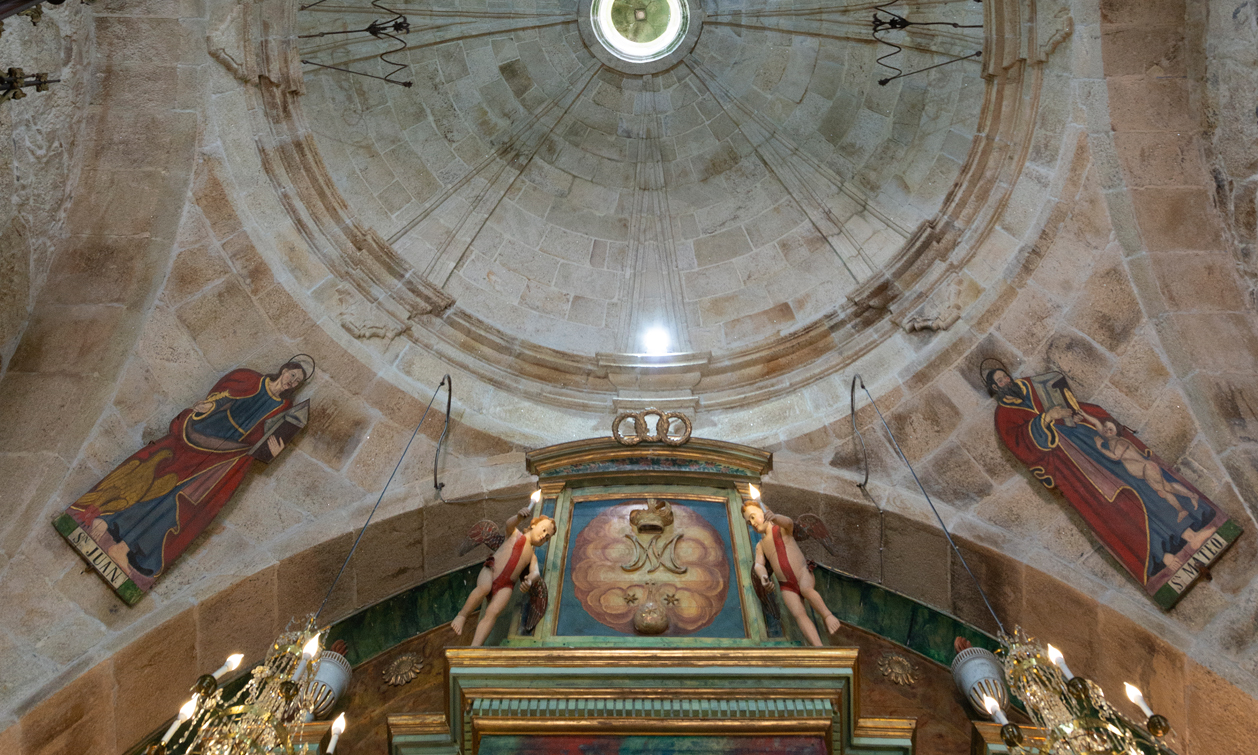 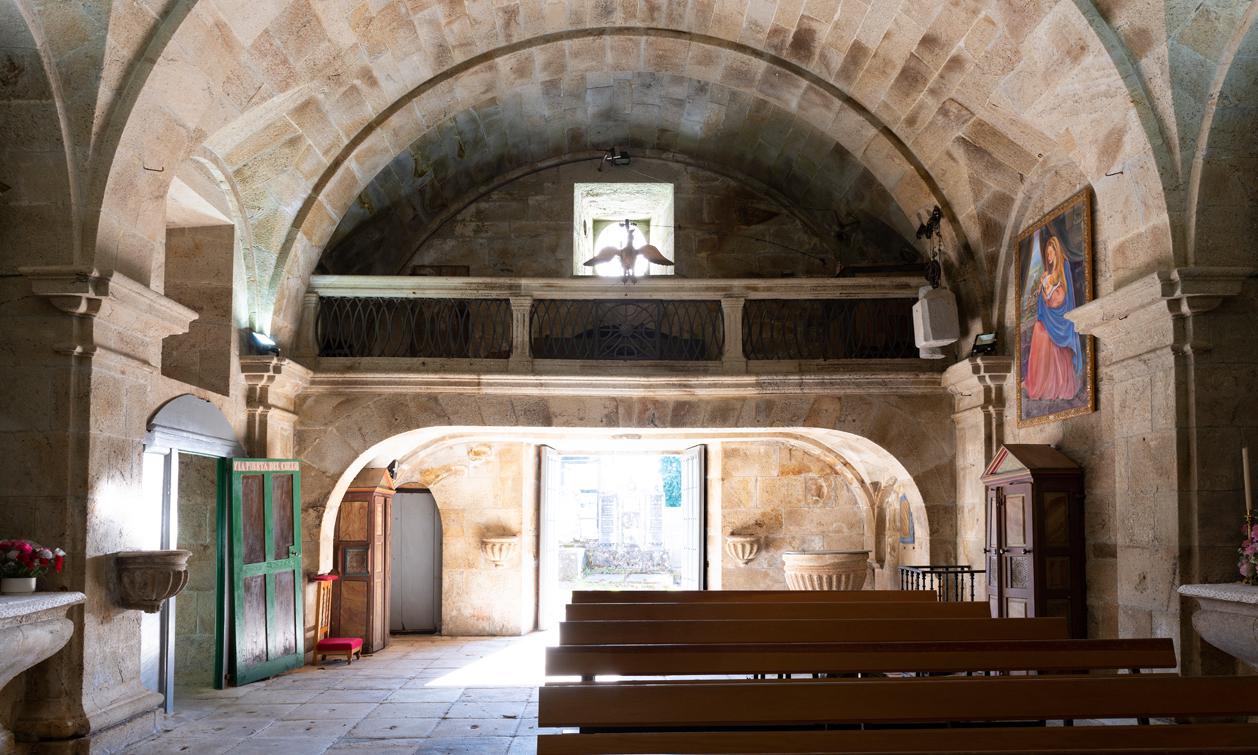 Eighteenth-century parish church with fine walls built with ashlars. This parish’s lands and boundaries were described as early as the twelfth century. The name “Burgo” itself hearkens back to the fortress towns of medieval times.

Nave. Baroque barrel vault with lateral lunettes. The main door, topped with a lintel, exhibits simple moldings and is surmounted by a semicircular pediment, above which is a niche with a stone image of the church’s patron, Saint Vincent, and above this a rectangular bell tower. On the side there is a plain door topped with a lintel. Inside, there is a stone choir above the main entrance. Gabled roof.

Altarpieces. The central altarpiece, which dates from the late eighteenth century, contains modern images of the Sacred Heart, Saint Raymond (0.60) and Saint Vincent (0.90). Flanking the top portion are fine-quality eighteenth-century angels holding candlesticks. Around the altarpiece and the cupola are several commonplace paintings, perhaps retouched in 1855, as this is the date inscribed on them. On the left-hand side of the main chapel there is a nineteenth- or twentieth-century neo-Gothic altarpiece, containing an unremarkable image of the Virgin of Mount Carmel, along with Saint Simon and Saint Teresa (both 0.60), kneeling, both from the eighteenth century. There are two eighteenth-century collection boxes decorated with gilded frames in a relatively poor state of conservation.

Provisionally attached to the main altar are images of Saint Bartholomew and Saint Angel (0.50). On the north and south walls of the nave are two crucifixes, measuring 0.80 and 0.30, respectively.

There are two small holy-water fonts, one on either side of the main entrance, and a larger baptismal font, all three dating from the time of the church’s construction. 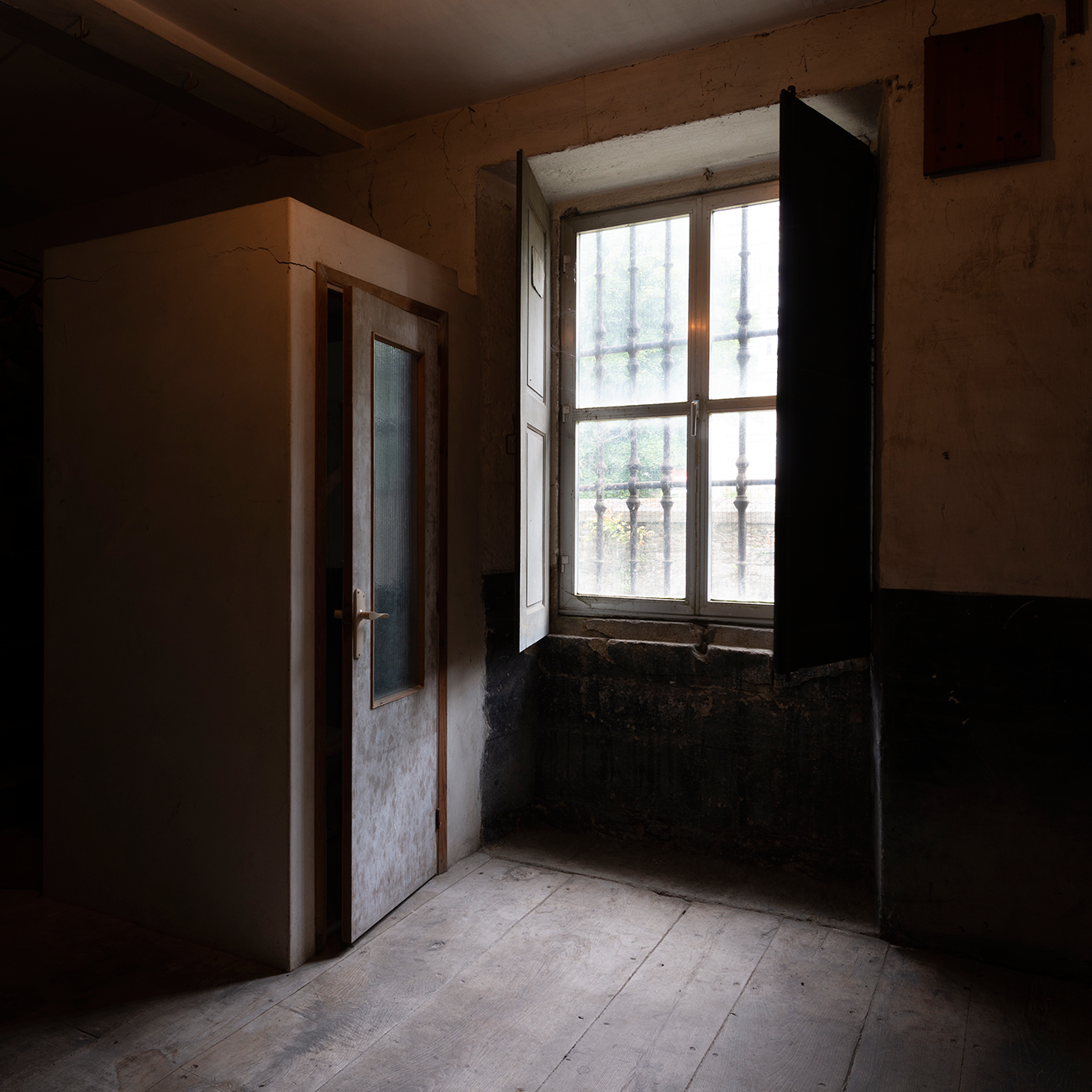 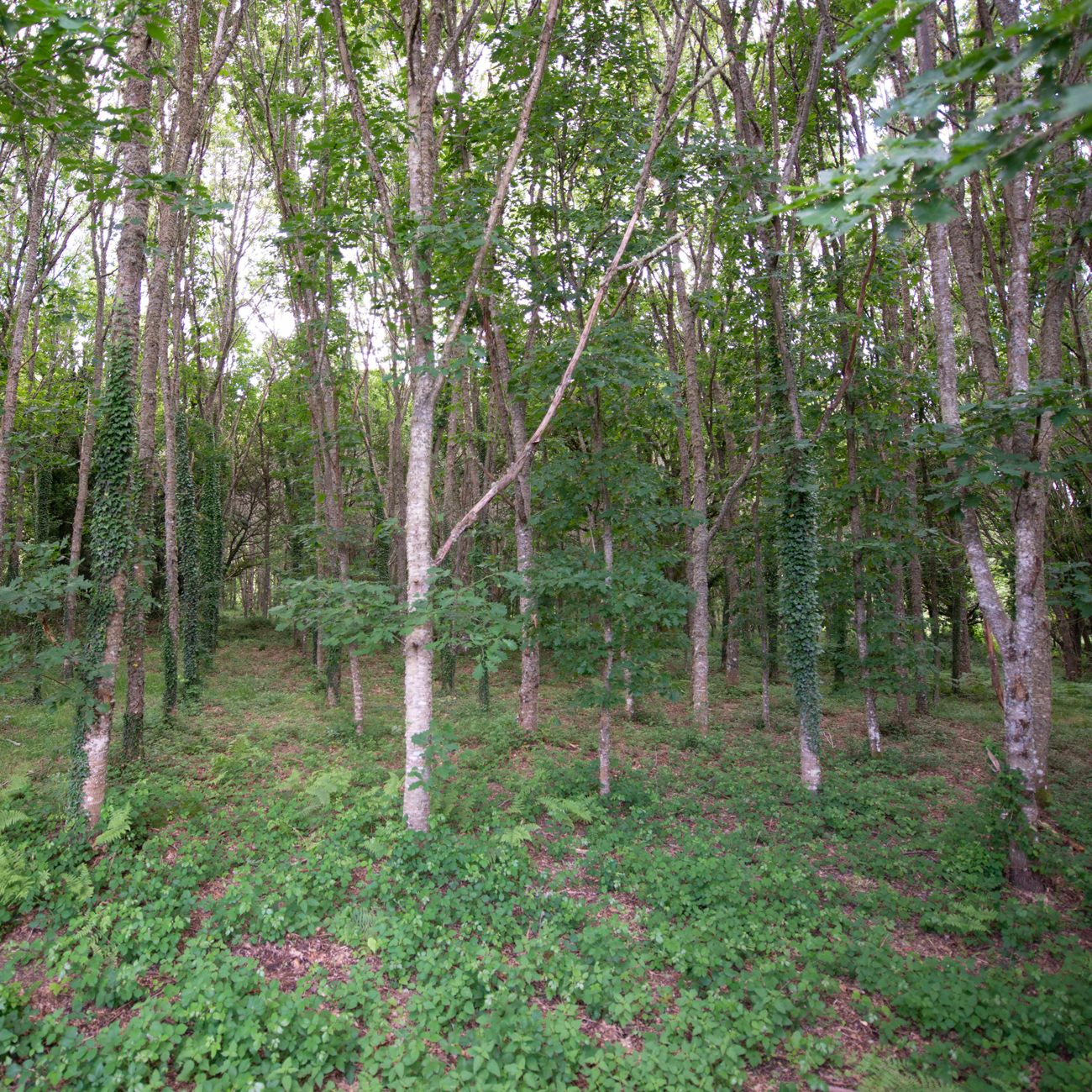